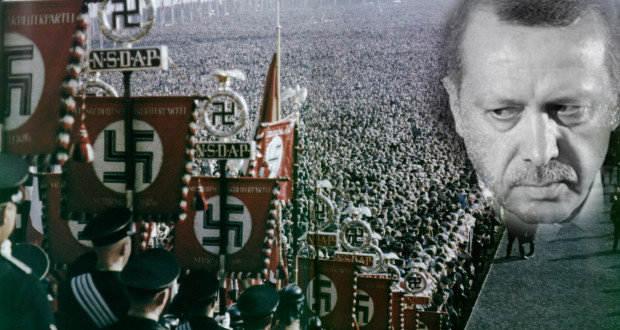 WORRIED ABOUT ITS HISTORIC DEFEAT, THE AKP GOVERNMENT IS CONTINUING ITS ATTACKS!

The AKP’s bloody-handed and murderous police continue to detain and torture people who go out into the street demanding justice. On the personal instructions of Tayyip Erdogan and Ahmet Davutoglu, people who want justice for Berkin Elvan are being arrested. We ask, are killers free to act while it is forbidden to demand justice on behalf of those who have been killed? Every kind of action is legitimate in a country where those who carry out actions demanding justice are imprisoned but those who kill are not brought before a court, and even after more than 600 days their names are not made public.
On the instructions of the AKP, the doors of hundreds of houses were broken down at dead of night. Murderer police laid waste everywhere and detained people on the pretext that they were looking for suicide bombers, Supporters of the People’s Front wanted to read out a statement in front of Galatasaray High School (in central Istanbul) on February 11. But even before they could open a banner the police attacked them. The police said, “We will not allow you to make propaganda for terrorism,” and then they detained them. What terrorism? We ask this and we have already asked this on numerous occasions before. It is terrorism to attack members of the public who seek justice. Is it terrorism to use your constitutional rights? Or is it terrorism to take those rights away? It is the actions of the AKP that are terrorism.
At an event at which Prime Minister Ahmet Davutoglu was present, two supporters of the People’s Front opened a banner demanding justice for Berkin Elvan. Within five minutes they were detained and were neither questioned nor allowed to speak. Judges and prosecutors had received instructions and within the space of five minutes they were jailed. This is what terrorism is.
The AKP government is continuing to attack, worried about its historic defeat. Its fears and anxieties are not empty ones. With every day and every breath we take, we will not cease to demand justice and we know that justice is in our hands.
Idil Culture Centre
Grup Yorum
Idil People’s Theatre
FOSEM
Voice of Anatolia Radio