BIGtheme.net http://bigtheme.net/ecommerce/opencart OpenCart Templates
Home » Anti-Imperialist Front » Symposiums » 1.Symposium of the peoples union against the imperialist aggression » We lost a fighter and comprade…

We lost a fighter and comprade… 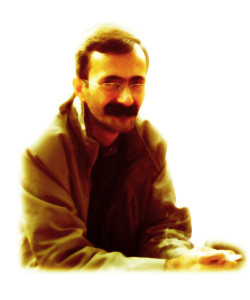 WE LOST A FIGHTER AND COMRADE, A CADER OF THE REVOLUTIONARY MOVEMENT IN TURKEY

EYÜP BAS, WE WILL NOT FORGET YOU!

Eyüp Bas was an example in unselfish and relentless labor to the revolutionary movement, for unity and internationalism. He was engaged over long years in the struggle for political prisoners, for solution of poor population in the neighbourhoods, until his last breath he was searching for solutions to these problems. He was a main figure in the efforts to create unity between anti-imperialist and democratic forces. He was a proponent for international solidarity, never made a difference between his own people and the peoples of other nations. He was directly involved in organizing campaigns against the war and occupation in the Middle East, he was also strongly involved in the process of the Social Forum to bring the problems of the people to the agenda.

He was a political prisoner himself, joining the death fast in 1996, in order to strike back the attempts of isolation politics, and he continued his struggle on the prison front, facing cruels like the 19th-22nd December massacre 2000. After this operation he was locked into the F-type isolation cells, but he never broke with his ideas for an independent and democratic society.

All the years of struggle resulted in severe health problems.

On the 23rd September 2009 he was taken to hospital with stomachache. In the beginning there was diagosed jaundice. After, the doctors decided to operate him, because he had gallstones. But the operation couldn’t take place, because he suffered from hepatic inflammation during that time. The disease started to become lethal at this point. The high fever couldn’t be brought down because of the inflammation and water gathered at his liver.

The doctors couldn’t intervene, because his blood levels have been very low. He was placed in an artificial coma from 6th November and lost his life on the 9th November, at 9.40 p.m.

The funeral for Eyüp Baş was held Tuesday, the 10th November at the Cemevi in Istanbul’s neighbourhood Kücük Armutlu. He was buried at the cemetary of Gazi.

Eyüp Bas was taken by his comrades from the Medical Faculty to the Cemevi (institution of the Alevites) in Kücük Armutlu. At the commemoration it was said: “Eyüp Bas was a human. He was a follower of the Party-Front. We’re going to devote revolution to Eyüp and all revolutionary martyrs. People, who have got sons like Eyüp Bas aren’t defeatable. Eyüp Bas means absolute patriotism. It means love to the people”.

In the statement it was also said “Eyüp has always been on the side of those who resist.”

Eyüp Bas was both a voluntarist for the unity and struggle of the left in Turkey and he spent days and nights for the international solidarity as a member of the People’s Front.

His comrades carried Eyüp on their shoulders through the streets of the neighbourhood Armutlu, where Eyüp was active for a long time. The people of Armutlu knew and loved him as a son and they bid farwell to him.

After marching through Armutlu with the slogans “Comrade Eyüp Bas is immortal, heroes are immortal, the peoples are undefeatable”, the march continued to the neighbourhood Gazi.

From there around 1000 people marched towards the cemetary. Artists, as Ruhan Mavruk or Grup Yorum remembered Eyüp with the words “As his friends in struggle Eyüp Bas has teached us a lot”.

A representative of Mücadele Birligi (Struggle Unity) remembered Eyüp with the words: “We know Eyüp Bas from his resistance in the dungeons and from his comradeship”.

We express our condolences to all comrades and to the peoples of Turkey, as well as to the comrades in the world, who knew the tireless, modest and revolutionary nature of our comrade Eyüp Bas.

We call all the peoples of the world…

WE CALL ALL THE PEOPLES OF THE WORLD TO ENGAGE IN A COMMON STRUGGLE AGAINST ...