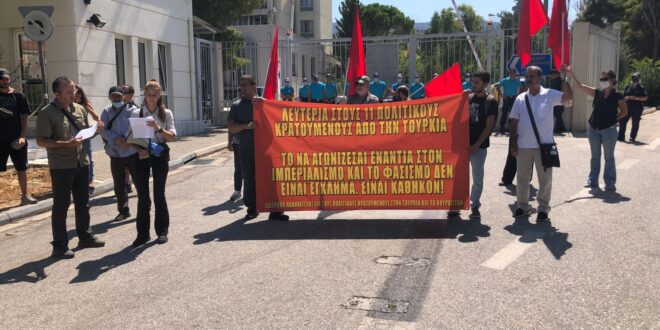 On 25th of August 2021, was international call for solidarity to 11 Revolutionaries from Turkey, that imprisoned in Greece. Gathering took place in different countries.
In Greece, in Front of Ministry of Justice, in Germany in front of Greek Consulates of Frankfurt, Stuttgart, Düsseldorf and also in Greek Consulate in Belgium.

WE WANT JUSTICE FOR 11 REVOLUTIONARY FROM TURKEY THAT IMPRISONED IN GREECE!
WE WANT A FAIR TRIAL!