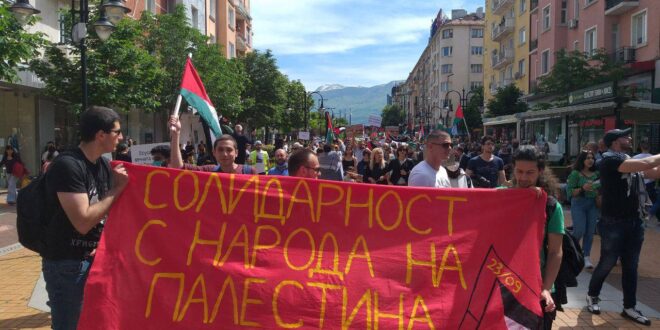 Bulgaria Solidarity for the Palestinian 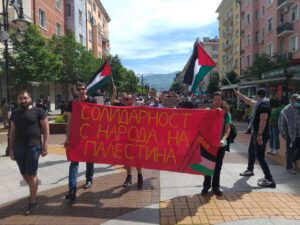 Palestinian community in Bulgaria and bulgarian activists participated in a protest with solidarity with the people of Palestine in Sofia. The demonstration was under the slogans for defending the Palestinian issue. The occasion of the protest was the last air strikes in Gaza. The demonstration became a march from the National palace of culture to the Israeli embassy in Sofia the president building and it passed on some of the most crowded streets in the country. The march ensued with traditional arab dances. No matter that the protest was really big for the bulgarian standards (several hundred people), almost no media reported it.