BIGtheme.net http://bigtheme.net/ecommerce/opencart OpenCart Templates
Home » 23. September » Actions » In Athens, Greece on 28-08-2020 A press release was made in front of the Turkish Embassy 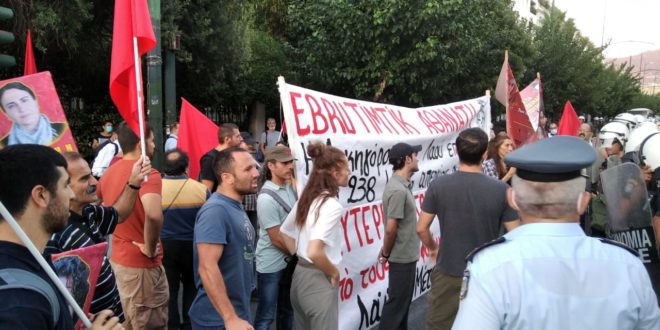 In Athens, Greece on 28-08-2020 A press release was made in front of the Turkish Embassy 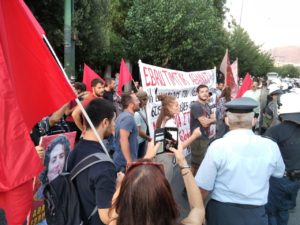 In Athens, Greece on 28-08-2020 A press release was made in front of the Turkish Embassy for Ebru Timtik, the lawyer of the people who was martyred on the 238th day of her death fast resistance. The action, which started with slogans at 19:00, ended with anthems. The crowd wanted to walk from front of the embassy to in front of
the European Parliament building. However, the police tried to prevent this march. Despite all the obstacles, the crowd who to the European Parliament wanted to make a press statement here, but the collaborator Greek police refused to allow the statement being read and attacked the crowd with tear gas batons and shields. The crowd protested this attack with slogans. The action, which involved 75 people, finished at 20:15. At the protest;
Down With Fascism, Long Live Our Struggle
Killer AKP will answer to the public
Ebru Timtik Is Immortal
Aytaç Ünsal Is Our Honor
Turkish and Greek slogans.
Again, Hasan Kosar and Mehmet Yaman were detained after the action in Thessaloniki on the same day. In Thessaloniki, At the embassy of Turkey the Greek police, who could not digest the burning of Tayyip Erdogan’s painting in front of the Turkey Embassy at Thessaloniki, ​​detained 2 of our comrades and some of our Greek friends. 30 people participated in the action in 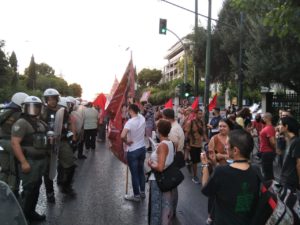 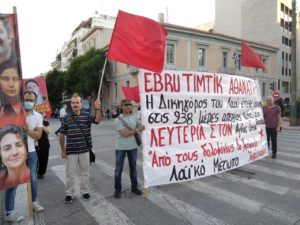 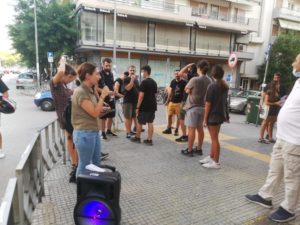