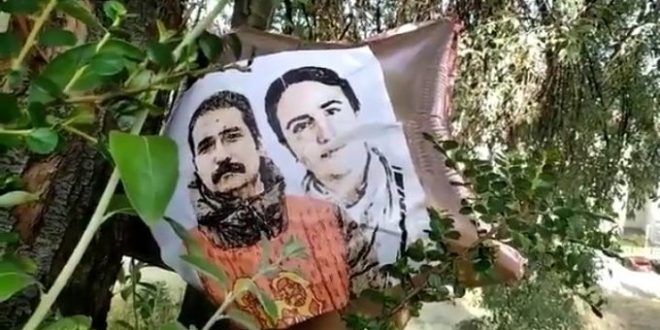 WHO CARES ABOUT OUR RIGHT TO LIVE? 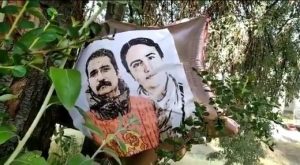 We’ve been punished with 159 years prison by an unlawful, unjust enforcement practice which has nothing to do with a trial. We were deprived from our freedom by such a “trial’ that lasted for three hearings and in which no evidences were collected. Our togs were taken away from us. We haven’t deserved such a tyranny. The peoples haven’t deserved that. And we want our right, we want a fair trial. We just want that the existing laws and rules are applied. If this demand would be met, it’s not our aim to die.
So, how would a person which is concerned about our health behave and act in the light of this reality? What would a government do which is concerned about two lawyer’s “right to live”?
Our action is telling the whole world: “Our freedom has been taken away by an unlawful trial. This fact is killing us every day. We want this injustice to be ended.” To be concerned about the “right to live” and follow such a call, means to ensure a trial in accordance to the law.
Recently this is not the case. The Forensic Medicine Institute wrote a report saying “they can’t stay in prison”. So, our health condition is not suitable for being imprisoned.
Well, what’s the answer of the government to this? Does it say “The health situation of these two lawyers is getting worse. Let’s urgently assess their demands regarding law and justice”? No. It wants to give the impression that it cares for our health by locking us in hospitals. But they do it by force. They let prison guards frogmarch us and wipe the floor up with people who are starving for over 6 months and weigh only 55 and 35 kilogrammes. They threaten with force feeding. They apply isolation in a closed room under supervision of tens of gendarmery forces.
They know very well that our health will be damaged much faster by keeping us in an unventilated 10m2 isolation room. It has nothing to do with health care to keep persons under arrest in a hospital who aren’t ill and refuse treatment.
So then, what’s the aim of the government?
The government wants to cover the issue. It’s attempting to finish our resistance. Their plan is to intervene by force and to torture us as soon as we’ve lost our consciousness. This is why we’re kept in hospitals by force under torture, against our will.
All of it is done to prevent the conditions for a fair trial.
Today, the government isn’t able to make a trial in accordance with it’s own laws under it’s own control. The state isn’t in the position to say “The laws are mine, the courts are mine and it’s also me who organizes the trials. So what? I make a new trial, I let the accusations fall.”
It can’t act with such a confidence. It’s afraid that a trial under its own control and laws could shake the “foundations of the state”.
This is the proof for it’s weakness. It’s obvious that the laws are violated. This is actually the reason why the demand for retrial of an unlawful adjudication is being turned to a battle of wills.
It should be understood today that the government is even too helpless to make a trial. Because it is swamped with injustice. It is not able to convince anybody with the crimes it has committed towards 83 millions. It is completely alone opposite the people. It’s only tool to rule is the stick in it’s hand. This is the reason why it can’t say “We’re strong, we trust in ourselves. We’ll evaluate the appeals and also make a retrial. It has no effect on us.” The government is afraid. It doesn’t trust in it’s rotten justice. It thinks it can’t convince the people, it doesn’t have confidence in the people. Therefore, instead of rapid fulfillment of our lawful, legal and legitime demands, it’s killing us day by day. This is why it doesn’t care about protecting our right to live, but finishing our resistance. It’s our people whom are concerned about our right to live. The only thing to be done to protect our right to live, is struggling for the rights belonging to us.
Aytaç Ünsal
Kanuni Sultan Süleyman Hospital