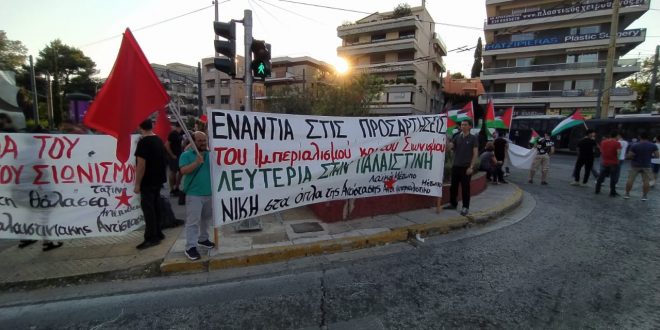 In order to protest Zionist Israel’s attacks on Palestine, Greek left and anarchist groups, the Palestinian group Samidoun (Solidarity with Palestinian Prisoners) and the People’s Front in Greece took part in a demonstration outside the Israeli embassy in Athens.

The Israeli parliament is trying to legitimize the occupation and massacre in front of the world by saying “We want more land from Palestine”. The July 1 decision on annexation has the support of the USA for Israel, in addition to backing behind the scenes from the Arab states in the region and cooperation from Turkey.

The Palestinian people continue to fight for a free homeland.

Supporting Palestine today means fighting against imperialism and Zionism. We call on all the peoples of the world to fight in solidarity with the Palestinian people, against US imperialism and Israeli Zionism.

Down with Zionism, Long Live Our Struggle 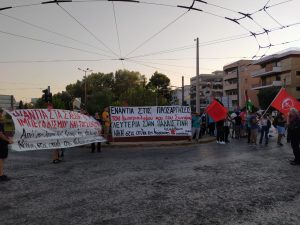 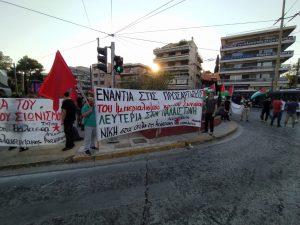