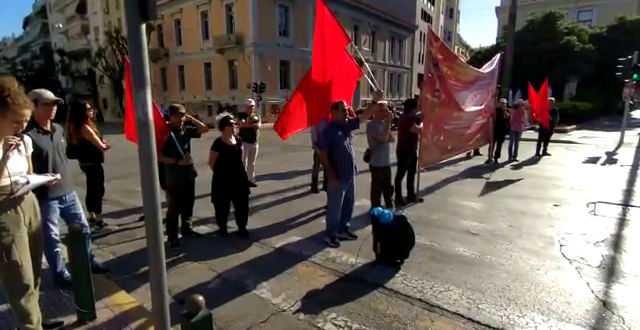 The People’s Front and friends were in front of the embassy of Turkey in Athens, Friday June 19, 18:00 calling for the demands of the Death Fast resisters to be accepted. They read out a statement about the Grup Yorum martyrs and Mustafa Koçak. In the statement read out in Greek, the requests were listed, and information about the fasting process was given. Turkish and Greek slogans were chanted in the action where the red flags waved, and the new composition of Grup Yorum, Zafer Halay was played. The anthem We are right we will win was also played. During the action, the intensity of the plainclothes police attracted attention, a photo was taken of a plainclothes police officer approaching to photograph the participants. The state cannot get us to step back from our struggle by usıng the methods the state in Turkey has used in an attempt to end our struggle. Our struggle against fascism will continue without borders. Our Death Fast resistance, which is continued with the demand for justice, will triumph, your efforts to prevent the resistance from growing are in vain. Resistance will win, we will win.

People’s Lawyers Are Our Honour

Free Prisoners Are Our Honour

Down with fascism, long live our struggle 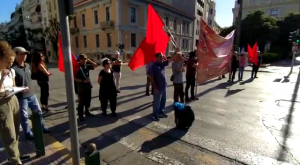 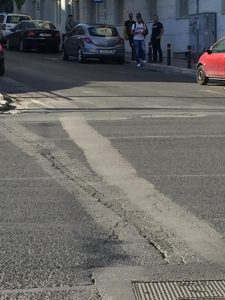