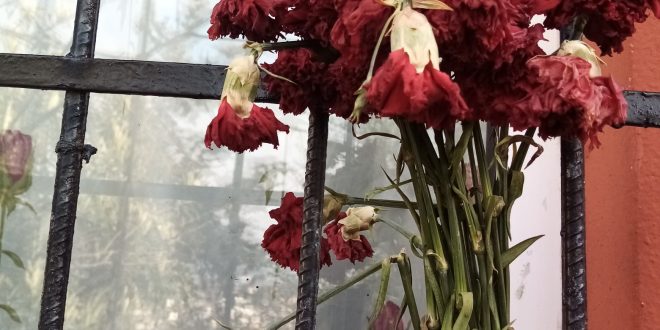 JUSTICE FOR HELIN BÖLEK WHO OFFERED HER LIFE FIGHTING FOR THE POLITICAL PRISIONERS!

Faced with the painful dead ir Helin Bölek, member of Grup Yorum, we manifestat our solidarity with all the Turkish revolutionaries for this big loss. We are very consterned by her dead but we reaffirm the need to continue the fight for all the political prisioners including other comrades of Grup Yorum .

The imperialism and the turkish State, prefered to let die Helin Bölek, who was 288 days in hunger strike, before resolve her fair demands.

¡FREEDOM TO ALL THE POLITICAL PRISIONERS!
AGAINST THE PERSECUTION TO THE TURKISH REVOLUTIONARIES!
THE TURKISH STATE IS RESPINSIBLE FOR THE DEATH OF HELIN BÖLEK!

We offer you our sincere condolence and our compromise with the revolutionary fight of the world’s people.
From México se reject with a lot of rage, this new crime against turkish people and we demand the freedom of all the Political prisioners.

We demand the end of the Political persecution against Grup Yorum and we demand that all the revolutionaries get banned of the imperialism’s terrorism lists.

The Helin Bölek’s fight makes grown our conscience and reaffirms the need of continue fighting against the imperialism.

Grup Yorum is a very important tool fight of turkish people and his Political and artistic work made grown, by their visit yo México last december, that the Antiimperialists and internationalist relations between the America and Turkish people.

We thank your with a lot of clases feeling, your work your compromise and your fight of the people and the proletariat.

¡Honor and Glory yo Helin Bolek!

FOR THE COMRADE HELIN BÖLEK, NOT A MINUTE OF SILENCE BUT A LIFETIME OF STRUGGLE!
FREEDOM FOR ALL THE POLITICSL AND REVOLUTIONARY POLITICAL PRISIONERS!

International Coordination od Solidarity and freedom for all the Political and revolutionaries prisioners in the world- Mexico’ basis.