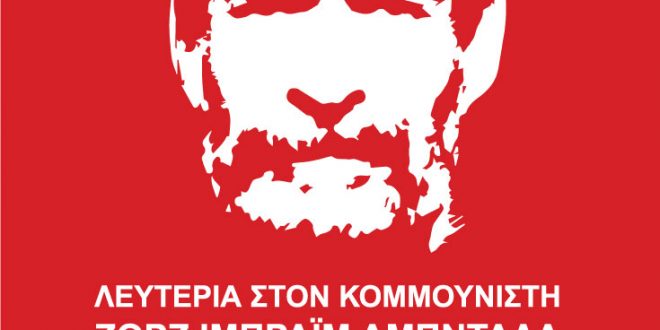 Brussels: Anti-Imperialist Front participated in a protest in support to Georges Ibrahim Abdallah

There was a protest in support of long-term Lebanese revolutionary prisoner in France, Georges Ibrahim Abdallah, in Brussels on October 11th.

The protest attracted about 30 people in front of the French embassy, from the Communist Party of Belgium, Secours Rouge, International Red Help, Union of Socialist Women (SKB) and the AIF in Belgium. A red flare was lit shortly before the protest ended.

A parallel protest was organised in Athens in front of the French embassy.