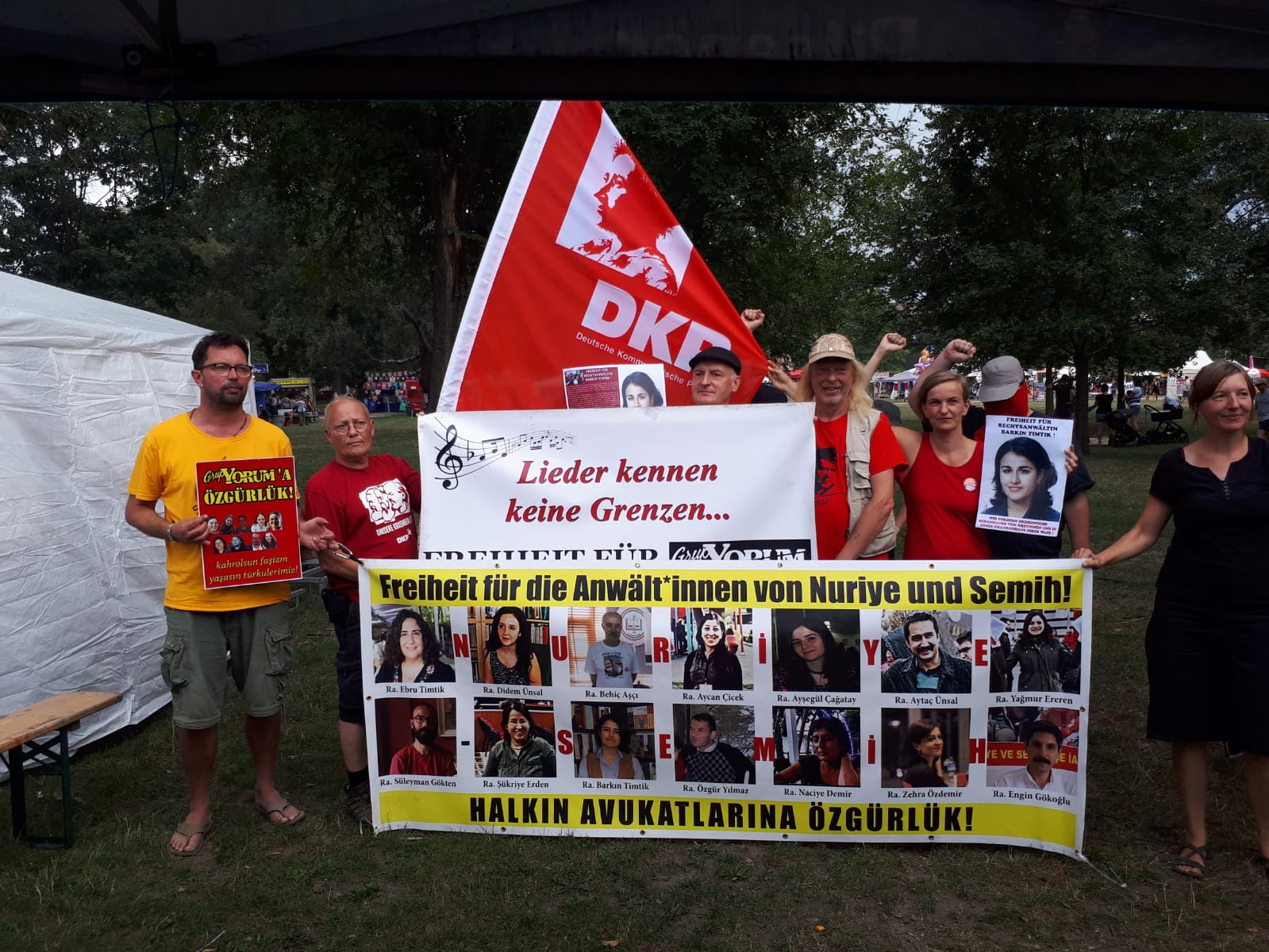 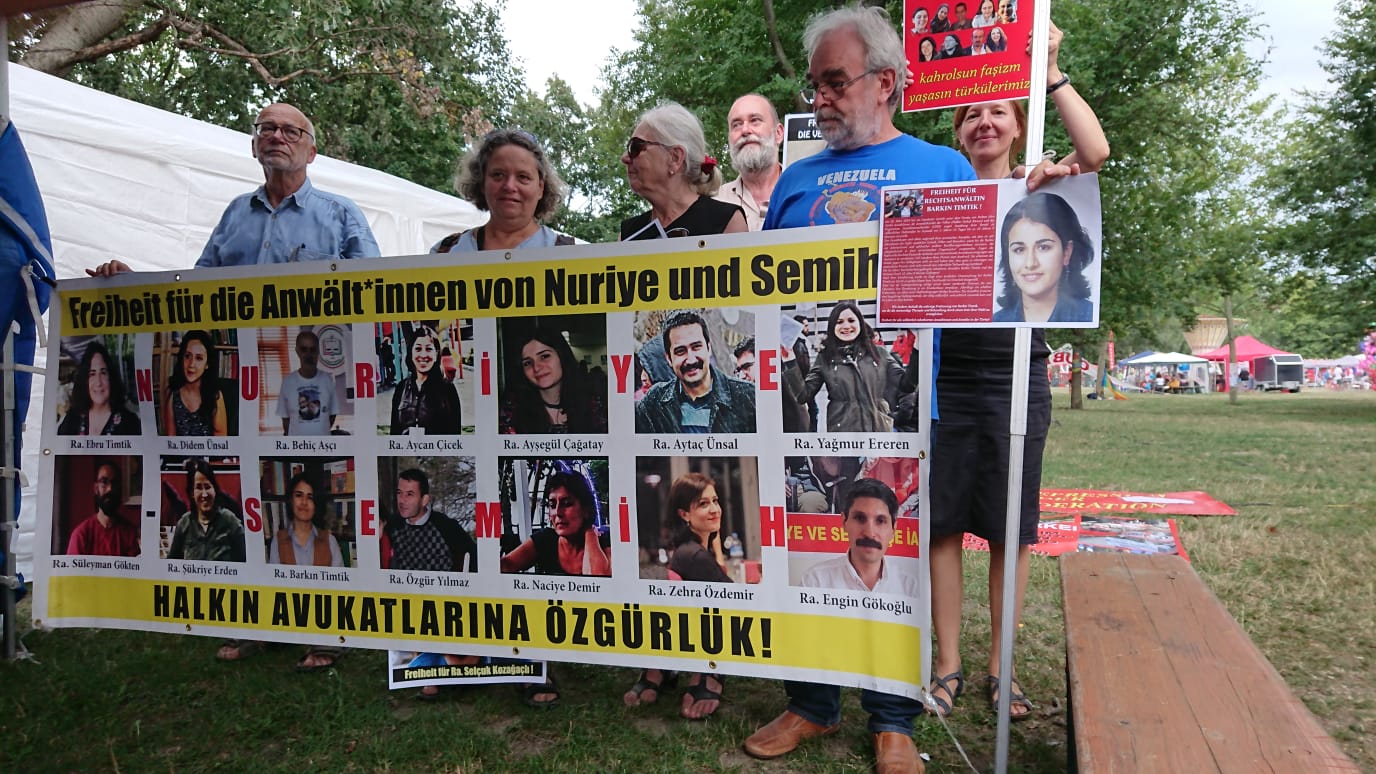 In a two days lasting festival of the Austrian Communist Party, which is held annually at the first weekend of September in Vienna’s Jesuitenwiese, the solidarity campaign with people’s lawyers and artists of Grup Yorum was continued. Several banners were fixed in a tent that referred to the Yüksel resisters, Grup Yorum, the People’s Lawyers and further the repression and criminalisation of political migrants in Europe, such as the Anatolian Federation, whose board member Hatime Azak (she has got asylum status for many years in Austria) was arrested in Germany last week due to an Interpol warrant of Turkey.
During the festival leaflets were distributed, as well the signature campaign continued and on Sunday afternoon many of the other participating groups were invited to take picture in solidarity with the people’s lawyers and Grup Yorum.
The Antiimperialist Front Austria also supported the Venezuelan cause, joining the solidarity tent against the blockade and imperialist interventions by informing people and a  gathering in Saturday to discuss further solidarity steps against attacks on Venezuela.