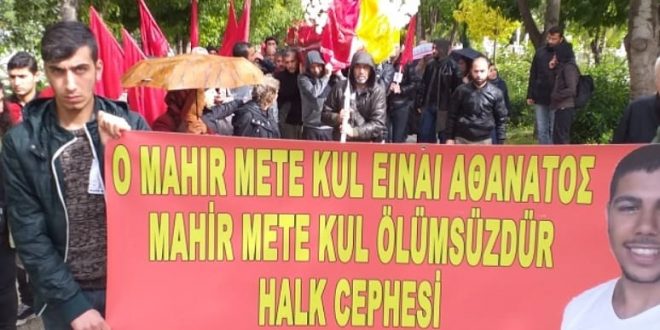 Mahir Mete Kul Will Live in Our Hearts 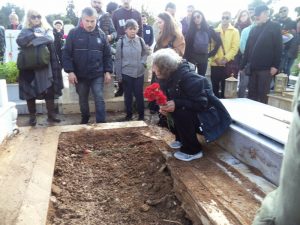 Mahir Mete Kul left us in the best years of life. He was 23 years old. Since he was a child, he was growing side by side with the revolutionaries. He was named after Mahir Çayan and Mete Nezihi Altınay who fell martyr in the mountains of Sivas. The culture and moral he received from the revolutionaries made him a honest and honourable young man.

As he grew up, he joined the struggle, he became a member of Highschool Revolutionary Youth. He fought for completely independent Turkey. He wanted free education and future without tests. Then he was unjustly imprisoned by the fascism with the help of false witnesses, and threatened with a punishment of tens of years.

He was released from the prison, yet the fear of the fascists did not hesitate to mow him and his friends with lifetime sentences. The Turkish fascist system did not give the right to live to Mahir Mete nor to other youths.

Mahir Mete’s education was left half-way done. He was forced to leave the country for the sake of the struggle, and set off on the way to emigration. In order to cross the Mehriç river he took a boat which capsized.

He was buried today in Athens according to the revolutionary tradition that he belonged to.

We as Anti-Imperialist Front:

– denounce the policies of imperialism as the main enemy of the people and Turkish fascism as it’s collaborator, that forces the people either into dungeons or into exile;

– condemn the anti-immigration policies which drive thousands of humans into their death while they try to flee horrors caused by the imperialist politics;

– call for solidarity with the refugees who are persecuted for their anti-imperialist and anti-fascist struggle;

– call for struggle against xenophobia and racism towards immigrant workers.