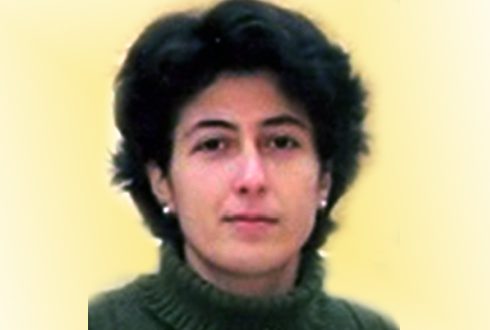 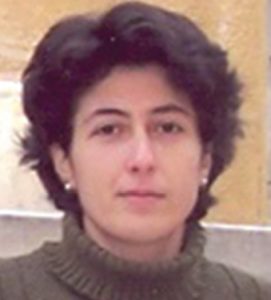 Ayten Öztürk is of Arabic origin and was born in the city of Antakya (Turkey). She joined the struggle for an independent, democratic, socialist Turkey at early age. In this struggle she lost her brother, her husband and sister.

Ayten was imprisoned, she had a sentence and was released after that. Along with the sorrow of their relatives and companions, she struggles. She continues her organizational activity and again falls into the wanted list. Then she decided to leave Turkey and continue on the road of emigration struggle. On 9 March 2018, Ayten was arrested at Hariri Airport in Beirut (Lebanon) with suspicion of irregular documents. One week she was held and interrogated in an emigration department. There she wants to take advantage of her right to emigrate to a third country. But instead “vanishes” and from March 14th to August 28th there is no news from her. Relatives, lawyers, representatives of different organizations, despite all their efforts, couldn’t get information from and for her.

The Turkish government also was asked. If Ayten is handed over from Lebanon, where is she? Why her family and lawyers does not receive any information? There was no answer again.

When the questions asked by Ayten’s relatives and lawyers to the respective institutions of the two countries did not get an answer, then friends and comrades of Ayten publicly asked these questions. And on August 28, special unit of the Turkish political police stage the “discovery” of Ayten in deserted area near Ankara. Late in the evening of the same day lawyers managed to see her briefly. On August 30, Ayten faced a court that decided to be detained and then taken to Sincan (Ankara) prison. Her attempt to tell the court the experience was not respected. She was not heard, it was not recorded that she was tortured during the time she was in an unknown location. Obviously, Erdogan’s regime does not want to listen to things that are well known to him, and then, we her friends, will tell you what she has told.

After her arrest, Ayten has requested political asylum in a third country. She was removed from the place where she was kept for a week with a sack on her head and handcuffs. She remembers being carried on an airplane, and those who lead her tell her that they have brought an airplane for her. They land after more than an hour of flight. The sack from her head was not dropped and her hands were constantly handcuffed. For days she was tortured and kept naked, his eyes tied and his hands tied. They offer her to cooperate with them, but she refused. She stopped speaking anything with her torturers. She was silent for six months, and when she first met with lawyers, she had difficulties to speak!

She is now in a cell at Sincan Prison, where she is with three more women prisoners. These women help Ayten to recover. They have counted 868 scars on her body.

Like every criminal Erdogan’s regime is afraid of the truth and is trying to hide its crimes. That’s why we will do our best the truth for Ayten to reach as many people as possible so that they can express their outrage that a political emigrant was arrested, against his will was handed to the state pursuing him, after for months is tortured and kept in obscurity. Write to the Minister of Justice of the Erdogan regime in Turkey and the Hariri government in Lebanon, protest at the embassy of Turkey.

You can also write to Ayten in jail, every greeting will be a cure for her wounds.

We urge the Hariri government to provide full information and to point out those guilty of the arrest and deportation of the political emigrant and fighter against fascism Ayten Öztürk from Lebanon to Turkey. Erdogan’s regime bears full responsibility for the illegal kidnapping from another country, the deprivation of all rights and the cruel torture that Ayten has suffered.

We have no doubt that the struggle of the Turkish people against the fascist regime will end with victory, and this will be the harshest and most just vengeance for all its crimes. Let us now show our solidarity and support for Ayten, which is at the forefront of this anti-fascist struggle.

Ayten has already won her victory with her silence, now it’s our turn to raise our voice to her defense!

Address of the Ministry of Justice of Turkey