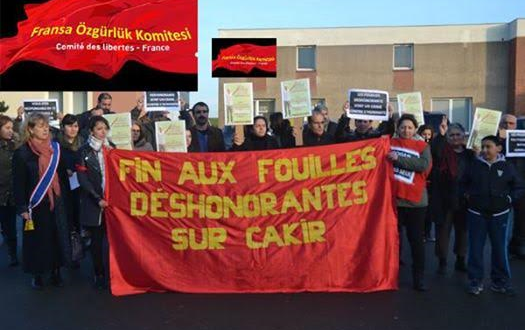 Erdogan Cakir, a oppositional and revolutionary from Turkey, who had selected France as his second homeland a long time ago and lived there with his family, is target of the French state for a long time due to his political struggle against the torture regime in Turkey.

At this moment he has started another resistance of hungerstrike against dishonorable body searches in the Detention Center Villenauxe.
He already resisted against simular attacks on his person at Villepinte prison and was able to protect his human honor by long term hungerstrike.

His daugther Gülcan Cakir is supporting him and started a hunger strike on 4th March as well.

We send our Solidarity and Greetings on the 18th March, the International Day of Solidarity with Political Prisoners to Erdogan Cakir and all other

You can send letters for Erdogan Cakir: