BIGtheme.net http://bigtheme.net/ecommerce/opencart OpenCart Templates
Home » Internatıonal News » We Wont Forget 19-22 December Massacre! We will Punish All Criminals of This Massacre! 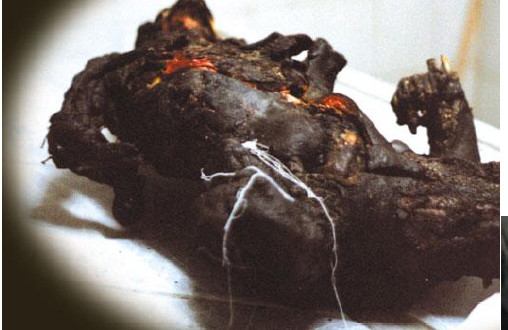 We Wont Forget 19-22 December Massacre! We will Punish All Criminals of This Massacre!

In 19th of December 2000, 28 prisoners and convicts died in the operation called “Return to Life”, which was carried out simultaneously against 20 prisons. A total number of 122 people died and over 600 people became permanently disabled in the ongoing process and during the death fasts. Within the scope of this operation, 12 people died and 55 people became permanently incapacitated alone in Bayrampaşa Prison. In operation, the phosphor bombs were used. Many arrested and convicted people who had been under the aegis of the government died in the operation so-called “Return to Life”.

In the course of this operation, two soldiers, Nurettin Kurt, specialist sergeant in Ümraniye Closed Prison and Mustafa Mutlu, in Çanakkale Closed Prison, also died. Primarily, it was declared that Nurettin Kurt was shot by the convicts who returned fire to the calls to surrender. However a weapon with “high kinetic energy” caused the wounding that led to death, showed an autopsy that was performed over Kurt. There was not any long barreled weapon considered to have a “high kinetic energy” among five weapons which were claimed to be taken out from Ümraniye Prison. Besides it was identified that the weapon in question was a long barreled weapon which did not belong to the convicts and it was indicated that the weapon leading to the death of Kurt was not among the weapons asserted to be obtained from the convicts. In the report, it was remarked that the weapon leading to the death might be only AK-47 or G-3 infantry rifle and it became definite that Kurt died because of the soldiers` weapon.

It become evident that the explanation made by official authorities about the operation and many news in the press were lies and fake as well. Minister of Justice Minister the current period, Hikmet Sami Türk said that “the prisoners killed by soldiers engaged in combat with soldiers” in his speech and he made a claim that some deaths occurred because of the conflict between prisoners. According to the reports of the forensic science experts, it was exposed minister Türk’s statements (“they fired shots with Kalashnikov”) about the operation in BayrampaĢa Prison were groundless. The report says that, the bullets were not fired from the wards and the gas bomb was used over the lethal doze.

It was identified that the female prisoners in BayrampaĢa Closed Prison in C-1 ward, died in fire resulted from tear gasses and nerve bombs used by security guards. Still, according to the forensic medicine reports, there was no armed resistance. The inquiry in the wards showed that these places were completely burnt but there were no arms inside. In addition, according to the expert reports there were intense gunshots from the administrative parts of the prisons towards the areas where the inmates were located but none from the inmates’ part to the soldiers’ location. In the report, it was written that in the C-1 ward where 12 people died, 5 of the six female prisoners were burnt to death and one of them died due to gas poisoning. The report said that “in C-1 ward 35 grams of bomb material was found” and emphasized that the 20 grams of the active matter of the bombs used in the operation can kill a person in 38 minutes.

Once again in the same ward, apart from the already exploded tens of gas bombs, 45 unexploded bombs were found. It was recorded that also shots were fired towards the C-14 ward and C-15 ward and many tear bombs and gas bombs were thrown inside all the it was written on the bombs “Do not use indoors” and “Throw the bomb to the area where there are not any people and burning materials”. The claim that the convicts killed each other were disproved by the forensic report identified that the prisoners were killed by shots fired from long distance. The report, also, found out that some evidences were obfuscated and some contradictions exist inside the records of the gendarmerie.

The only (concluded) suit for damages about the operation was the one against the Ministry of Domestic Affairs and the Ministry of Justice filed by the family of Murat Ördekçi who was killed by the soldiers in BayrampaĢa Prison. Istanbul 2nd Administrative Court decided that there should be a compensation for the operation. First decision was as the following: “There was a violation of the right to live. The family of the dead prisoner should be paid 109 billion Turkish Liras.”

A lawsuit was filed against the newspaper called Radikal because it published the Forensic Medicine reports of the “Return to Life” operation. The managing editor of Radikal Newspaper, Hasan Çakkalkurt and his lawyer Köksal Bayraktar were acquitted in the trials that took place in Istanbul State Security Court No. 5. In 2004, by the decision of the JDP government and the Minister of State, Cemil Çiçek, a “Medal of Merit” was given to Ali Suat Ertosun who was one of the ideological architects of the F-type Prisons [The concept of “F-Type” stands for the high security isolation prisons t.n.] and was then the General Director of Prisons and Detention Houses. After the operation, a suit was filed against the gendarme officers about the events in Çanakkale and Ümraniye. While the case about Ümraniye operation still continues, the gendarme officers on trial due to Çanakkale operation were acquitted.