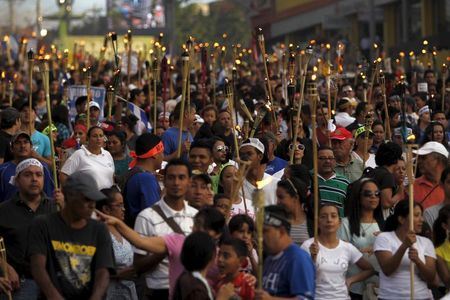 Thousands march in Honduras Against Facism 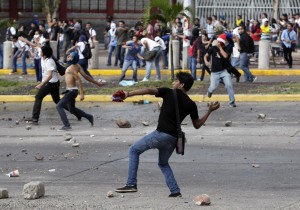 Thousands of angry, torch-bearing Hondurans marched on Friday to call for the resignation of President Juan Hernandez and demand an independent probe into one of the worst corruption scandals in the country’s history.

Some 25,000 protesters chanted slogans against Hernandez as they marched to the presidential palace from a poor neighborhood in the capital, past a commercial zone filled with malls.

A coalition of opposition political groups is demanding an independent investigation into a $200-million corruption scandal at the Honduran Institute of Social Security, where companies, some formed by institute officials, overcharged for services.

Hernandez on Tuesday offered to start a dialogue with the groups, but they insist on an independent prosecutor staffed by foreigners, similar to a United Nations-backed commission that has led corruption probes in Guatemala.

Hernandez admited that his 2013 presidential campaign took some $150,000 from companies linked to the scandal, but said he and his party were unaware of where the money came from.